THE KRUVE. We are sifting coffee.

A few years back, sifting coffee was in. It was meant to compensate for the impossibility of getting the best and most expensive coffee grinders. After a while, this method lost some of its importance. Now, with the KRUVE entering the market, this trend may be revived.

Instead of a good grinder

It happened at the turn of the year 2014. The coffee sifting boom began amongst coffee geeks in Poland. At the time, the EK 43 Mahlkönig grinder which revolutionised the industry didn’t appear at coffee shops, but rather in the dreams of their owners. Somebody got the idea of improving grind quality by removing fines: the finest particles produced while grinding. This technique was meant to reduce coffee bitterness, enhance brew sweetness and clarity.

Some brew bars started adding different sieves or cinnamon or chocolate shakers to their brewing equipment. The outcomes were ambiguous and the trend slowed down relatively quickly. After three years, the KRUVE entered the market. This designer sifter, made by a Canadian company, is intended for inquisitive and forward-looking coffee lovers. Many have tried to perfect the grinder. We perfected the grind. – in these words the company encapsulates its mission. Alright then, this has prompted us to check how the KRUVE works in practice!

First, let us make a few general remarks on coffee grinding. Every grinder worldwide produces, apart from the grind size chosen by its user, some very fine particles and some much bigger ones than desired. This is unavoidable. As of now. This is why, among other things, each coffee extraction is uneven. Even perfect drips made by a World Brewers Cup champion will have some very subtle notes typical of under- and over-extraction.

The KRUVE claims it has found a solution. Sieves with different size holes measured in microns (one thousandth of a millimetre) are to separate boulders and fines, offering a unique grind particle size which will give you a perfect cup. In theory, we get rid of excessive acidity and bitterness from the brew and bring out sweetness,
clarity and fullness. And that’s it.

The KRUVE set consists of a three-level body with a wooden lid and interchangeable triangular sieves with different mesh sizes, sieve holder assembly and instruction manual. Everything comes in a pretty turquoise and white box. Surely it is designer and pretty. Depending on the model, we can get up to 12 sieves, which gives 66
different combinations!

For the purpose of this text, I have decided to use two coffee brewing methods: cupping, which is indisputably the most objective form of evaluation and the AeroPress, in my opinion the easiest to use and the most repeatable amongst popular coffee gadgets. The coffee I have chosen is a natural Costa Rica La Casita roasted by Audun Sorbotten nine days before the test. I used the EK 43 Mahlkönig grinder.

In both trials, I brew three portions:

Naturally, the evaluation was done with my eyes shut. I used four evident quality descriptors: acidity, sweetness, balance and body. Each of them was measured on a scale from 1: disappointment to 5: excellent quality. After sensory evaluation, I measured the brews with a refractometer and calculated their extraction level. Is your popcorn buttered already? OK. Here we go!

A classic ratio: 12 grams of coffee to 200 grams of water Breaking the crust at the 4th minute after pouring water. Water at 96 degrees Celsius. Starting evaluation when the brew has cooled down to 50 degrees Celsius.

Sifting: 21.5 grams of the entire portion of coffee, 30 seconds, 4 shakes per second.

Differences were noticeable in all cups, but one cup clearly stood out from the rest: the brew without boulders only. Removing both particle types resulted in more pleasant, clearer acidity and fuller body in comparison to the control sample.

The control sample was slightly better balanced and had a similar level of sweetness. No. 3, in turn, left the others behind, having produced he sweetest, most balanced and fullest coffee with the lightest acidity.  The digits dispel the biggest sceptic’s doubts: the lowest extraction degree was observed for the control sample, a significantly higher one for sample no. 2.

Removing only boulders, which make the brew taste of underextraction, from the grind resulted in definitely the highest extraction. The 1000 micron sieve ‘did its job’. After the coffees had cooled down, number 3 still kept its character and sweetness the most.

Sifting: the same as for cupping; coarser grind

The result was close to the evaluation of cupping The control sample was characterised by slightly lower acidity and the thinnest body amongst all samples. The sweetness level was similar for all samples; however, the scales clearly tipped in favour of number 3.

The brew without boulders featured the best balance and boldness, as well as taste balance. The differences between no. 2 and 3. were noticeable, but not so great as for cupping. No need to comment on the extraction. The difference of almost 1.5% for the same grinding and water to coffee ratio. Not bad.

It turns out that fines don’t have to be so bad after all! On the contrary: in both cases, their presence probably contributed to the ‘victorious’ effect in the cup. Of course, I would have to repeat this test a hundred times to be able to say with a clear conscience and certainty: NEVER REMOVE FINES! Let’s also keep in mind that I used just one combination out of sixty six possible ones for the KRUVE. There is great and flexible scope for using your skills. You can sift through different sieves, do it longer, faster, use different grinds, different Arabica beans, employ all sorts of brewing methods, and so on…

Undoubtedly, the great advantage of the sifter is the possibility of removing the particles bigger than desired. As a consequence, we get rid of many elements coming from under-exctraction of those particles which disturb the balance, cover sweetness and lower the average brew extraction.

The sifter is supereasy to clean due to the simplicity of its parts. The sieves, especially finer ones, require more attention. They need to be installed and removed from the chassis gently and carefully. Occasionally, the hair from the brush can stay in the holes, so it’s better to use a good vacuum cleaner.

Can the KRUVE be used on a daily basis at coffee shops? Due to a higher raw material consumption and the time we need to spend sifting, pouring and then weighting the target amount, I would recommend this device to home baristas and participants in competitions like Brewers Cup. If you give yourself more time to experiment with the KRUVE, you will surely perfect your grind and achieve amazing effects in the cup! 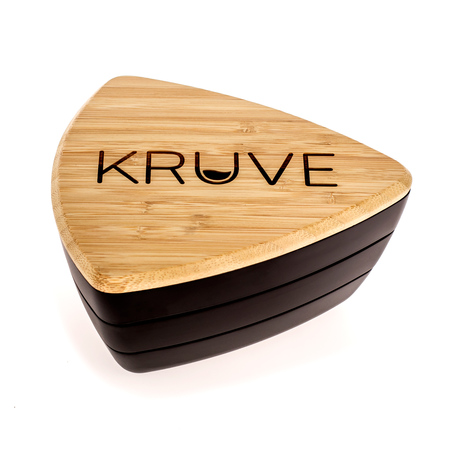 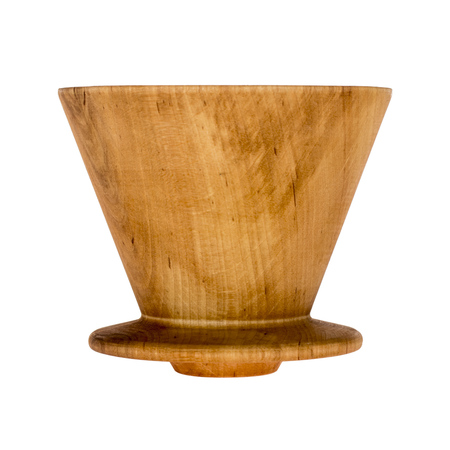 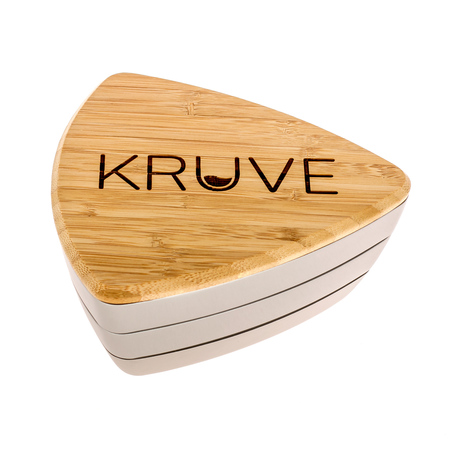 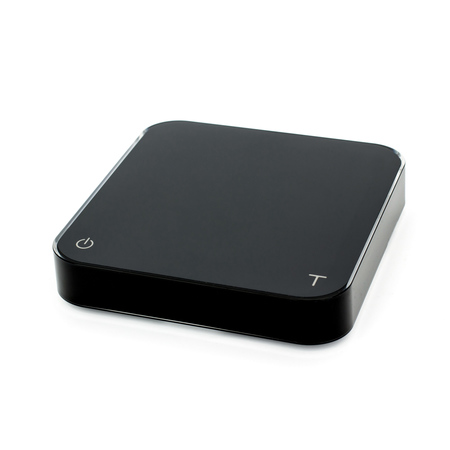 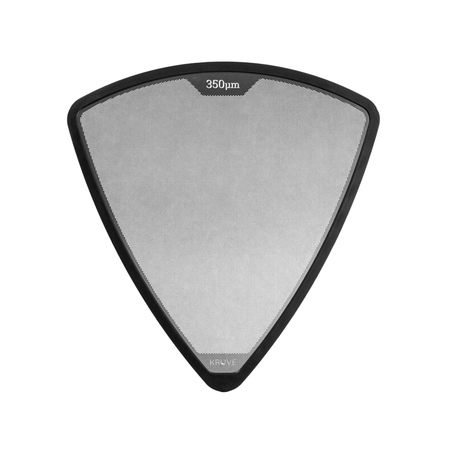 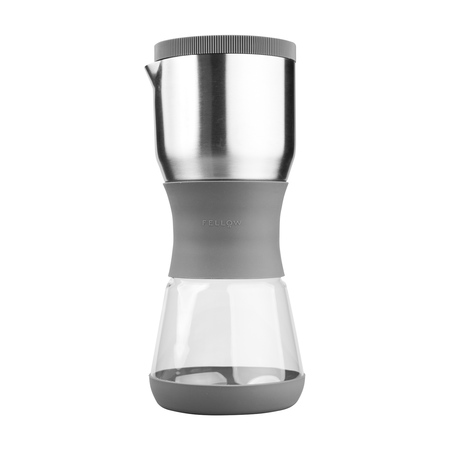 What Coffee for the Automatic Espresso Machine?

What coffee does your coffee maker need?

How to clean a coffee grinder?

What Coffee for Cold Brew? 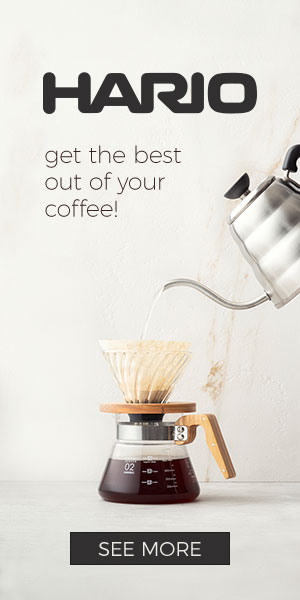