Is #saveupforcomandante already passé? Is it time for #saveupforode now? The Fellow grinder was born on Kickstarter. It was produced with the help of people (ultimately collecting over $ 1 million for this purpose!) and now it returns to people, to their homes, to their kitchens. So it’s time to check out what this alternative kiddie has to offer. Fellow ODE – time for a test run!

Who is it for? Why do you need it?

For 7 years, Fellow company has been showering us with products for coffee enthusiasts and fans of good design. After the kettle with worms, called “the hen”, it’s time for a grinder, which was presented by… an ape (or the “Big Foot”, it’s hard to say for certain). It can’t be denied that the San Francisco-based company has a special love for animals. Some praise Californian orchards, others sing and ODE to “big feet”. That’s their thing. It took two months to raise the funds needed to produce the grinder on Kickstarter. Now, one year since the announcement of the project, the grinder is ready for purchase and use. Congrats!

The packaging includes a well secured, solid and yet small grinder, a magnetic container for ground coffee with a silicone lid, a brush for cleaning the grinder, and short and complete instruction manuals. Minimalistic – the box contains only what is really necessary. All packed in a predominantly black and white box. It’s elegant.

The grinder is a household answer to the quality of coffee ground in specialized, café coffee grinders. At the heart of the grinder you will find flat burrs (used only in high-quality electric grinders) with a large diameter of 64 mm. The machine offers 31 grind settings to fulfill every coffee dream of a home barista. Of course, as long as the mentioned barista dreams of alternative coffee, because the grinder cannot grind fine enough for espresso. It has its benefits, it has its faults… more on that later.

The structure, or the body of the grinder

The proposal from the Fellow’s “ape” is over 4.5 kg of a grinder black as coal, made of aluminum with individual plastic elements (hopper lid and hopper itself). You can feel that you’re dealing with a high-end product. Although it’s better to keep the grinder a bit lower, on a handy table top, especially since it’s narrower than the average kettle, so it does not take up much space. The grinder is designed for home use. When using the device, we need to reach the narrow front of the grinder and its right part, where we find the knocker. The knocker is a metal “thingy” that will allow you to lower the retention of coffee (i.e. loss during grinding) – you may have heard the characteristic “dum, dum, dum” after grinding in a café (not to be confused with “boom, boom, boom” of an espresso portafilter). This is the sound of a spatula, shaking off the ground coffee which has deposited on the burrs and inside the device. A metal one with an engraved company logo can be found in Fellow ODE. The grinder won’t be shy of narrow slots in minimalist studio flats or very limited spaces of multi-generational houses. With its quite noticeable weight, the grinder is a stable structure – it’s not afraid of mining tremors, hurricanes and storms. So, there’s no way you could accidentally turn it over or move. Great thing!

Just like the EKG kettle, the ODE grinder is equipped with 1m cord. For some it’s good news, for others… information that they need to buy an extension cord. The container for ground coffee, thanks to the built-in magnet, is perfectly located under the burrs outlet. This reduces the mess associated with grinding beans. However, there’s a downside to this – you must be careful when weighing coffee beans because scales do not always like magnets. However, an ordinary washer placed on the scale is enough for us to safely use the attached container also to measure the grains before grinding them. For people who brew “roughly” without scales, although the scales is always worth using, Fellow has dotted the inside of the container with the suggestive amount of beans needed for one serving of coffee.

An ODE to coffee

Time for tests. Starting with the grinding noise, the grinder generates approx. 80 dB of noise during grinding within a direct distance – this can be compared to the volume of a boiling kettle, but it takes much less time than boiling water. If you’re familiar with the sounds of café grinders, Fellow ODE is audibly quieter than they are. We can fit 80g of coffee in the load bin, but remember that it’s best to grind the amount of coffee you need before brewing. Therefore, we should not store coffee in the load bin, but only add the amount of beans for the current grinding.

Moving on to the grinding speed, I’ve run some tests. Here are the results:

During the tests, the grind setting had no effect on the grinding time. In extreme cases, the difference was 1 second, so I skipped it from the test as a possible measurement error.

The PID system built into the grinder controls the grinding process – the grinder does not increase the speed at the end of grinding (due to the lower resistance of the coffee beans) and automatically turns off when it does not sense more beans on the burrs. This makes it easier to work with the grinder – just load the grains, turn it on and… you can go back to preparing your morning porridge.

Compared with a hand grinder with metal cone burrs, I achieved the following times:

What’s the grinder practical? How does the brew taste?

And that’s good ladies and gentlemen! The grinder grinds evenly enough that while running the tests I said goodbye to the coffee sifter, which I use every day when I grind with a hand grinder with steel burrs. Coffee is richer in previously unnoticeable aromas. At home, I was able to achieve the taste level of my favorite local café, where they use the legendary Mahlkönig EK43, 10 times more expensive than Fellow ODE. Compared to my own manual grinder, the coffee from Fellow ODE was tastier, slightly sweeter and I could sense more aromas, especially after gently cooling it.

Adjustment from 1 to 11 via a large knob has proved to be sufficient for most applications. I had a problem when using the moka pot – I ground the coffee on the finest setting, i.e. on 1, and the coffee turned out tasty. I would prefer to grind it a bit finer, but these are my personal preferences. However, in case of drippers, AeroPress or a product from the same manufacturer – Prismo, the grinder showed its strength. The coarsest grind, setting “11”, is perfect for making Cold Brew. On the hopper lid there’s a scale with an indication of the brewing method for which a given setting should be selected. This is a good starting point, but tests have shown that a lot depends on the brewing method. For the V60, I preferred to grind the beans a bit finer than the manufacturer advises, in the case of Chemex I went slightly beyond the “Pour-Over” scale, which was intended for gravity methods. The instructions on the lid are helpful for the beginning, but nothing can replace your taste buds and your own tests, i.e. consciously playing with coffee.

Using the grinder, you can easily prepare a home cupping session, it’s worth grinding only a few beans of the next coffee between different types so that the remains of the previous coffee do not affect the next one.

The master of the daily routine

In everyday use, especially in tandem with the automatic Fellow EKG, which you can read about on the blog,  it’s a perfect match for handling home coffee alternatives. Everything happens practically by itself – the water is boiled to a certain temperature and its level is maintained, the grinder grinds the beans instantly and waits until you use them. You are left with the most pleasant part – the brewing itself. It will be appreciated by everyone who brews their morning coffee when they run out of time for everything.

Is it a flawless grinder? There are no such devices on the market, at least for the time being. The problem with Fellow ODE is the paint on the catch – it tends to peel off, exposing a silver, aluminum surface underneath. For some, the disadvantage may be the limited scope of grinding, which makes it impossible to grind for espresso. However, this grinder is intended for alternative methods and anyone looking for an espresso grinder will find another machine that will be perfect for that particular method.

An ODE to cleaning.

In order for the grinder to serve our palates for a long time… more precisely, the coffee ground by it, it’s better not to eat the grinder itself… its large burrs should be cleaned from time to time. Just like its interior. Cleaning itself is not a problem – just remove the metal cover of the grind adjustment scale around the grind dial and unscrew the screws there with a Phillips-head screwdriver. The entire cleaning process is described in the complete instruction manual. Then clean the whole with the brush attached to the set and assemble it back together. The first cleaning, following the instruction manual, took me 15 minutes. Next time the entire process took only 5 minutes. It’s easy and fun. The only thing you need to be careful about is a small metal plate holding the outer burr in the right position – after opening the cover, it may fall out. You don’t want to lose it.

Who is it for?

Who will benefit the most from Fellow ODE? Every home barista who loves a coffee alternative. AeroPresses, drippers, Chemex, siphons, French Presses and many other devices – for all of them, you can grind coffee without any problems in the Fellow grinder. If you’re an espresso and milk coffee enthusiast… you can use Fellow Prismo, and grind your coffee at the finest setting of the grinder. However, you will not grind coffee for an espresso machine. Remember that this is a grinder for coffee alternatives and it works perfectly for them. The 31 degrees of grinding coffee in small increments between the steps of the scale allow us to experiment a lot with different grind settings. Something like Comandante with Red Clix. The only difference is that the manual legend uses this addition as a more precise adjustment for “espresso” grinding, while in the ODE, the fine adjustment of the grind allows for precise brewing of black alternatives.

With Fellow ODE, the entire coffee making process took less time – for the first time I felt bored while waiting for the water to boil. Before, I quickly ground the grains by hand, separated the chaff and often had to heat the water in the kettle, which had already cooled down by that time. So during the tests I was pleasantly surprised. I reluctantly part with the tested grinder and I know that from now on I’m team #saveupforode because I brew my coffee mainly at home and I don’t need a mobile solution.

Coffee leech. Non-fiction lover. Creator of the internet project "8kawek", passionate about photography, video and audio creation.
Professionally, a teacher working in a therapeutic club for children.
In my spare time ... er, when?
In love with the city of Wisła. 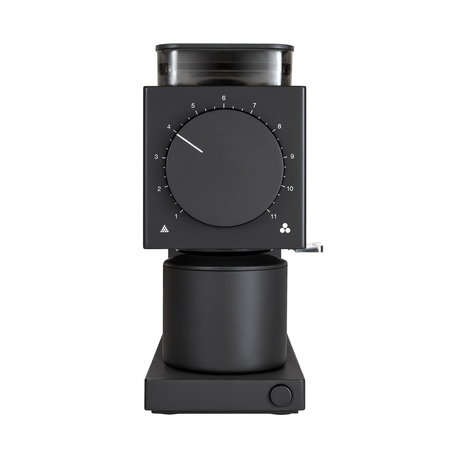 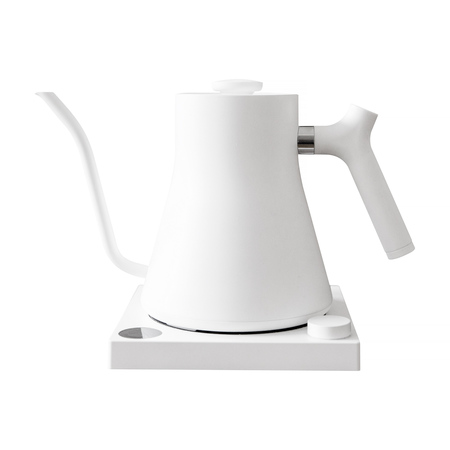 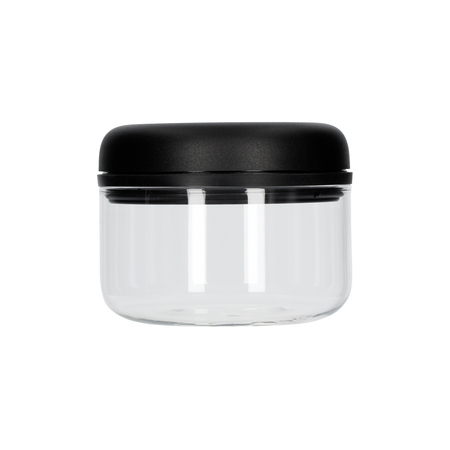 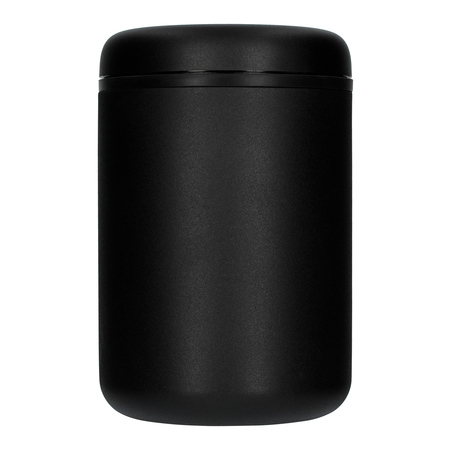 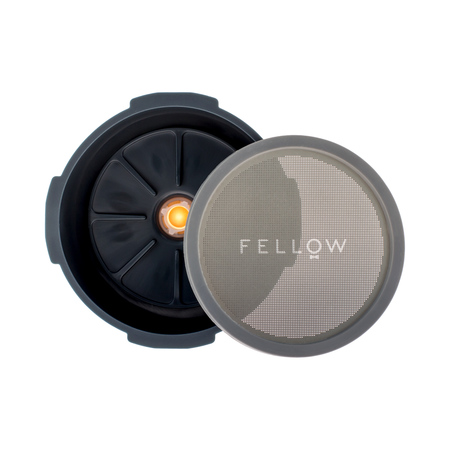